Why Should You Mill Your Own Flour? 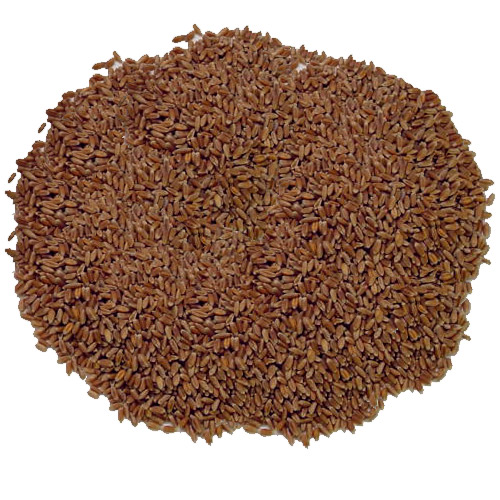 Many of our customers ask us this very question.  The answer is three fold.

CHECK OUT THE TRUTH ABOUT GRAINS VIDEO

Nutrition:  We believe that  everyone should be able to get ALL the nutrients  in the whole grains that we eat.  Commercially ground whole wheat flour contains most of the bran, but the wheat germ and the wheat germ oil have been removed to prevent the flour from becoming rancid.  These two ingredients contain the elements that are the life force of the grain and are essential for good health.  Whole wheat flour should be ground as needed.  Freshly ground flour contains all the nutrients found in the whole grain without the preservatives.  Most of the commercial flour that we purchase at the stores is Enriched Flour.

Enriched flour has an interesting history. Until the nineteenth century, the use of white flour was confined to royalty or to the wealthy people who could afford it. In Paris in 1876, the first light, white French Rolls were exhibited. The governor of Minnesota was in attendance at the exposition and determined that America must have the "benefits" of this discovery. He learned how to separate the various components of the grain to achieve the white flour he desired. He cam back to America and developed the steel roller mills, which accelerated the grinding of grain into flour.

The product contained no wheat germ oil. It did not become rancid. Volumes could be ground and transported nationwide. This new process put all the local stone-grinding mills out of business. this white flour became the status symbol, and light, white bread became the objective of virtually every homemaker. Few people thought about the bran, germ, wheat oil, and other nutrients that had been eliminated.

Illnesses relating to the nutrition began to be more prevalent and the cause was found to be the removal of the life-giving qualities from grains. When beriberi, pellagra, and anemia reared their ugly heads, the milling industry was asked to return the flour to its original form. The markets that the miller had procured for the "milled away" portions of the grain were so lucrative, however, that the millers refused to return to selling milled grain in its whole state. Instead, they added one mineral, iron, and 3 vitamins, niacin, thiamin, and riboflavin, to enrich the white flour.

Although all-purpose flour in America is nearly always enriched, it has only a fraction of the food value of the whole wheat kernel. Over thirty nutrients are know to exist in the wheat kernel, and most of them are removed in the milling process. This flour, which is principally the Endosperm of the grain, is nearly always bleached and it contains none of the roughage inherent in the wheat kernel--roughage or fibre that is essential for adding bulk to the diet. Some bakeries add cellulose or sawdust to the bread to replace the bran and wheat germ that has been removed and given to the animal industry. Here is North America we have the healthiest pigs and the sickest people. The term ENRICHED can certainly be misleading.

When milling your own flour you know that your family is getting all these 26 essential nutrients and fibre included with nothing added and nothing taken away. We all want our families to have the best!!

Don't be fooled!  There are many products that seem healthy on the front but in reality they are not.  If the bread you are buying says "soft wheat" or "multi-grain" make sure you still read the ingredients.  Most of these breads are primarilly made with enriched flour.  Even if the word "enriched" is not there, if it does not say "whole " then it is the same junk.  Don't get fooled by colour either.  Even if it's brown, unbleached flour is still missing the bran and the germ that contain essential nutrients as well as the fier that aids digestion.

All grains will definitely have more nutrition than their counterparts sold in the stores as flour.  Here is a list of just the nutrition in Wheat berries.  THaimin, ribloflavin, pyridozine, protein, pantochenic acid, niacin, barium, magnesium, potassium, manganese, copper, sulphur, iodine, and fluorine.

Saving Money: When we make our own 100% whole grain bread in our own homes, we save a great deal of money.  In fact we have figured out that we saved enough money to pay for the grain mill 3 times over in just one year.  At our current prices for 100% whole wheat bread in the store, we are paying at least $4 to $6 a loaf.  Now I want to compare apples to apples, so the commercial made soft kleenex bread is not what we are going to use as a comparison.  Instead we are talking about a specialty loaf that is only whole wheat and contains no white flour at all.

Our cost of making a whole wheat loaf of bread (2 lb.) has been computed making a basic recipe with oil, honey, salt, yeast, water, fresh milled whole wheat flour (we use organic grain only) at around $2 or less.  We make 4 loaves at one time so we divide the cost of the power for the oven by 4.

That is 1/2 or more of the price of the store bought bread.  At at savings of $2 a loaf, multiply by 4 loaves at week, and 52 weeks in a year, for a savings of $416.  That is just bread alone.  We are not even counting the other baked goods we can make with this flour like muffins, pancakes, pizzas, cookies and even cakes.

In other words a Nutrimill Grainmill pays for itself within a year, or even faster if you are eating more than 4 loaves a week.

Taste:  You cannot beat the great flavour of 100% fresh milled flour made into homemade bread or any other type of baked goods.   When any foods are cut into like fruits, many vegetables, meat when its ground up, it exposes the surface to the air and it starts oxidizing the flavour and nutrition into the air.  That is why you will see the surface of the foods going brown, but when you cut into the middle it is not brown.  Grains are the same.  Fifteen minutes after milling they start losing flavour and nutrition into the air, and 3 days later they have lost over 60%.  We always mill the flour and then use it immediately to get the most taste and nutrition from the product we are making with it.

This is why the taste of 100% whole wheat bread is so fresh and has so much flavour to it.  We think store bought bread cannot even come close to this delicious taste.

Why Mill Your Own Flour Video with Chef Brad